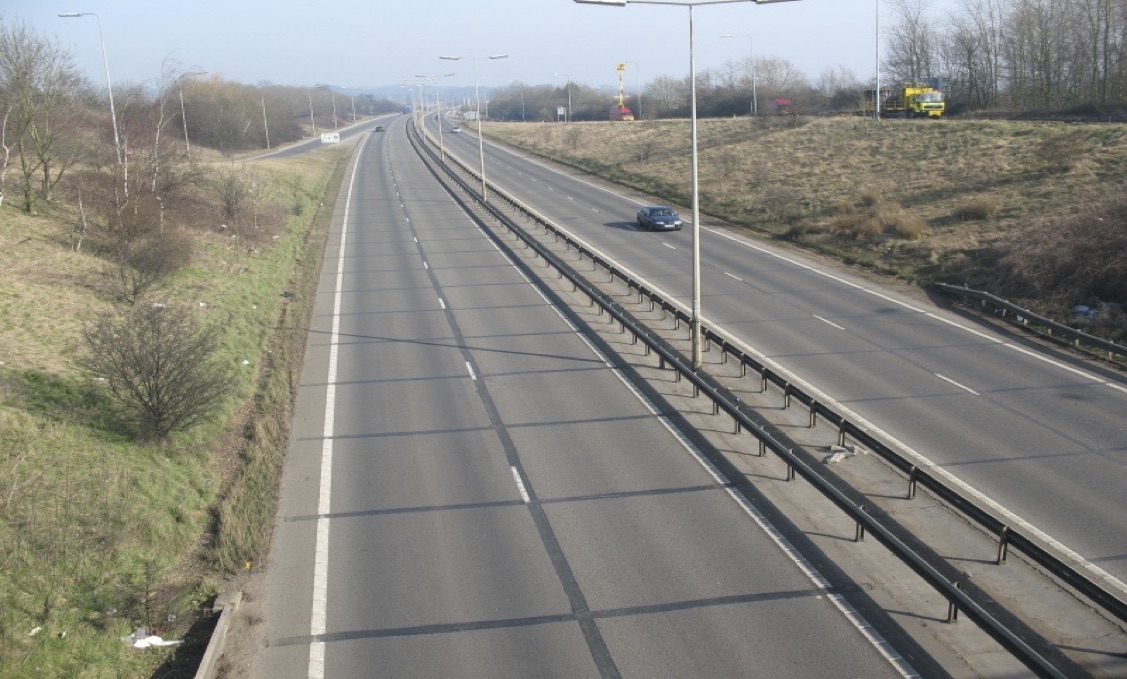 The trunk road of the A45 consists of a PCC pavement which has historically been overlaid with a thin lift of asphalt, which soon showed reflective cracking at the PCC joints. Using a conventional approach, the pavement would need a thick asphalt overlay and would cause a lengthy load closure with massive traffic disruption.

Ooms International analyzed the pavement using results from falling weight deflectometer tests, a 3D Finite Element Models and the own developed ARCDESO software package. On basis of this analysis, an option with GlasGrid® and Sealoflex® polymer modified asphalt proved to be viable and has been constructed in 2008.